6years of my research..

I summed it up with a tweet or two. 6 years of reading law, research papers, and patents. While working on an international complaint.
Below are Links to my tweets: @imperialnewsJ and backup account @tipublicinteres
I found that latency rates and wave guides are missing in signals research and patents.
It indicates that the researchers are unable to take measurements.
The exception is in implants or signals related patents by researchers at the largest defense contractors.
Other patents indicate different researchers’ attempts to build the measurement devices after the initial patents are made.
This is a serious ethical concern. 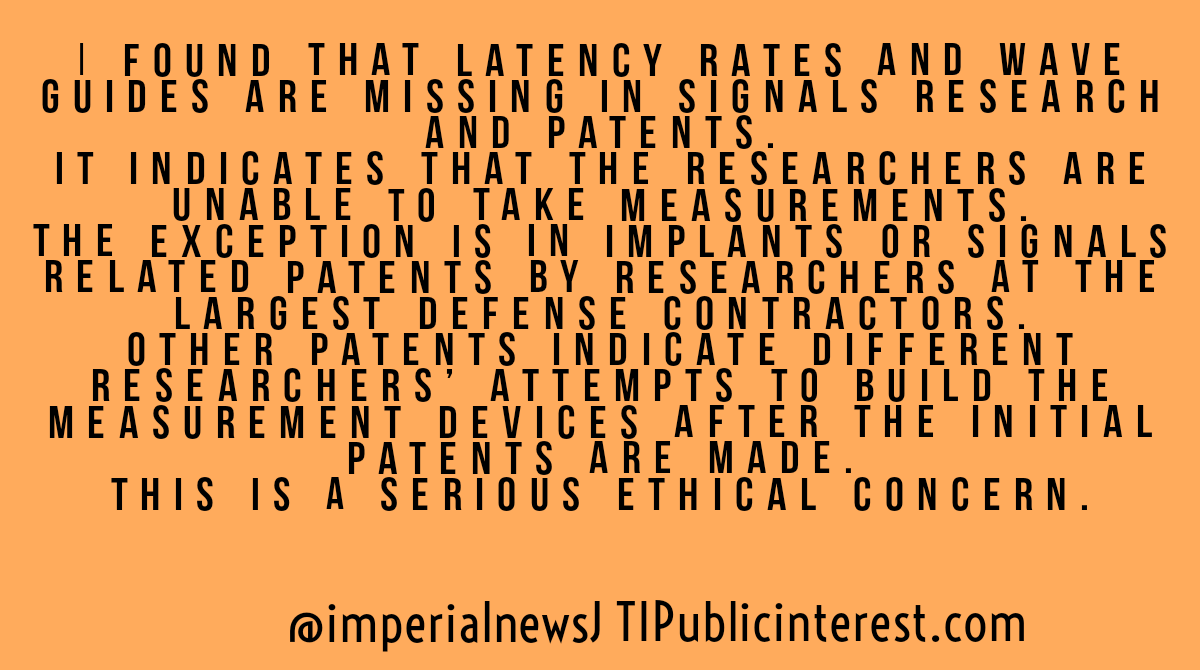