Is the star-spangled banner a different color for 1st generation Americans? (Preview)

Is the star-spangled banner a different color for 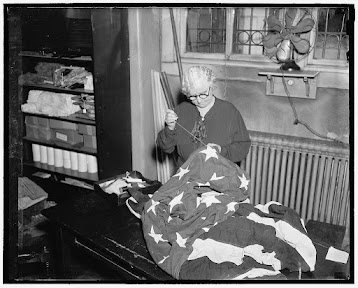 Familial diplomacy is no longer a ‘welcome’ freedom in the USA.

The emergence of a Department of Defense surveillance manual, active since

the 1980s, is only one of the horrendous tortures modern USA persecution

has to offer. The lives of many 1st generation Americans who legally

parent – have changed drastically since 2001. For the American relatives of

‘foreign official’ families affiliated abroad in ally nations such as Japan;- the

USA’s been about as friendly as ‘vegan friendly’ is in a Hawaii steakhouse.

Or as Japanese-American friendly as an Abomb terrorist nation, the USA

can be to a new generation that existed to bridge informal diplomacy.

Yes, there have been deaths, torture, and persecution. That is to say, over the past 50 years in addition to the targeted global hate crimes rally of Asian-American persecution and Asian persecution by former U.S. President Donald Trump.  Other state actors still find reasons to use the deaths against the family members as a form of blackmail and extortion –meaning the threat of unwarranted and arbitrary conviction of the family members looms overhead, while corrupt State Actors coordinate their narrative. Their slanderous accusations stand with congruency to the DoD 5240.1R manual. This Defense manual alerted and made an impact on the perception of the condoned violations of basic human rights since the 1980s.

Only a cutting-edge international legal challenge remains for some of us born in the USA to only 1 USA national parent at the time of our birth– to challenge the USA military’s involvement in a new-old form of human trafficking of foreign nationals and children through marriage and childbirth. And to purposely force many into the USA sex industry (albeit domestically legal with a huge slippery slope). It’s not only a form of

Is the star-spangled banner a different color for 1st generation Americans?

entrapment, but a form of hostage-taking, and for some torture. A place where minority women from highly respected international families have been paraded at the typical USA meat markets, naked for the world to see America’s

dominance.  A place where state-sanctioned rape is protected by impunity, corporate

and state funded birth control and abortions. Where ethnic minority women are told by  “Don’t be a statistic” as a threat to lowering our already low quality of living for non-compliance with the USA social methodology for ethnic subservience.

A place where police and most Americans turn the blind eye so the other eye can get a better view of the torture and persecution. It’s a place where the Military man and his attorney have used the legal system to feign superiority by committing embezzlement and forced technical trafficking of their spouse and children. The America that changes swiftly based on mainstream media (MSM) alerting its public agents to attack minority groups to affect foreign policy – RICO ACT racketeering violations in plain view. And a place where men on public buses have talked about taking away a woman’s bed given as a gift after frequenting her multiple times. Capitalism became a form of politically tearing people and persecuting them in the United States. And it’s a silent battle that pushes souls to total destruction.

Community abuse exists in small USA heritage towns like in Bucks County, PA seated near the Delaware River. It’s a place where the average American plays their fantasy of Japanese conquest by repeatedly attacking a Loving Day family and picking off the children over decades so that there is no next generation. There is barely a fine shroud between white supremacy and patriots. And other minorities gain a foothold by participating in persecuting and torturing descendants of USA’s only domestic adversary, Japanese-Americans.

It’s the dark side of the Patriot Act and the flip side to early FISA implementation in a world where the International Court of Justice doesn’t accept cases prior to1999 at its inception. And, a world where no one has heralded a tribunal to address the USA’s persecution of people and spread of racism and discrimination to leverage wars and defense sales.–  Being born to a foreign national who married a US military person;- it is why the ‘gray area’ or being technically stateless despite being barely ‘functional’ USA citizens exists.

To tackle FISA surveillance and cyber-attacks issues with expertise, single-handedly as an ordinary citizen is an enormous task. Most US domestic family lawyers ignore all

Is the star-spangled banner a different color for 1st generation Americans?

foreign or international laws in relation to US civil rights as common practice. Transnational normalization of human rights-related law is scant and insufficient for

many individuals to find support within the United States. Tackling the international legal realm of cyber-attacks through satellite (space-based) and modern signals intelligence (SigInt) methods is nearly impossible to find for domestic issues.

The pandemic shut many civilians out of business and safe employment that accommodates international business requirements and expectations.

The Small Business Administration (SBA) employees have had their own agenda by refusing, stalking, and targeting Asian-American minorities to affect the supply chain with other locals. Their behavior is similar to how some Human Services benefits for 1st generation Americans and immigrants were denied, or lost by persecutory state actors in Pennsylvania since at least the 1970s. It’s a type of malfeasance that is intended to force new citizens into FISA monitoring and/or participation as unregistered foreign agents.

These typical patriots engage in widespread “not American enough” persecution amidst handing ICE paperwork to American-born jus soli and jus sanguinis Americans who had one military parent and one foreign parent. Recently, in late 2021 after contacting my senator’s office;- his office staff who decided not to understand what I said urged me to fill out an  N-600 form – a form for non-Americans who are not born in the USA to get citizenship– This is how icy cold local and state governments are today. They basically shout, “Don’t contact us, we’ll mess up your paperwork and your life” to those of us who would otherwise have opportunities to create peaceable international commerce from the USA.

While writing to the United Nations is “a last resortthere are few if any remedies to correct and end the impunity and malfeasance by state actors. These state actors only need

to drop an email to a state office or notary tag to delete our plates out of malice and get us killed at a traffic stop.

Why? One possibility is to sell our identities to private military contractors, traffickers, or others seeking a smooth entry to the

USA and exit to our foreign nation. The money they are paid makes their private operations lucrative to anyone willing to take the job.

Many first-generation Americans are heavily targeted due to the FISA surveillance abuse. And, the types of FISA abuse vary in

spectrum. There are Americans who adversely impact civil rights because they are against the new generation of American

immigrants and their children. There is no end to the misuse of patented cyber methodologies to harass the targets during

political shifts in USA’s foreign policy and trade. Consider this patent for example that has a possible direct link

of the parent '363 application and outputs to an antenna. The phone system or telematics communication device (34)

and serves to establish a communications channel with one or more remote assistance facilities, such as an EMS

facility or dispatch facility from which emergency response personnel are dispatched. The telematics system can

also be a satellite-based system such as provided by Skybitz."

This crescendos to actual developments in modern hostage-taking in a world where the coined term “Electronic Concentration Camp” has become a widely accepted concept – amidst a variety of human trafficking and electronic warfare attacks that afflict the public suspect to be carried out by outsourced companies or private military contractors.

"American Jurisprudence Aliens & Citizens;- Section 2687  Hostage-taking - whoever whether inside or outside the United States, seizes or detains and threatens to kill, to injure, or to continue to detain another

release of the person detained, or attempts or conspires to do so, will be punished by imprisonment for any term of years or for life and, if the death

of any person results, will be punished by death or life imprisonment...." page 569.

Hostage-taking like this only gains federal prosecution when done to a foreign national or alien. Yet again, impunity and malfeasance stand in the way. What is commonly known as “The targeted individuals' program” acknowledges the foreign surveillance attribute through the Patriot Act 2001 pertaining to all 1st generation Americans. Some Japanese attorneys interpreted the law to insinuate a form of statelessness for Japanese-Americans born to only

one parent who was a foreign national of Japan, in an early review of the Patriot Act of 2001. It is a tactic used by US State Actors to coerce US extended family

The United States on every level of its democratic government has demonstrated complete impunity, malfeasance, intentional destruction of security agreements

and international treaties,  and denial of rule of law for many of its first-generation Americans over half a century. And the stories extend well before the Silent Generation.

This impunity and malfeasance is practically synonymous with European terrorist cells and trickled down to the nuevo rich and their progressive political influencers.

stances as a form of patriotism.

It’s easy for any of these typical Americans to destroy or install USA attorneys and manipulate USA laws. Their discriminatory actions and blatant persecution protected

state actors who commit crimes of humanities. Sometimes, in some small communities where brotherhoods and cults seek to set precedents through their conspiracies

– it is coupled with rather fast if not early enforcement of laws that officially, have not been signed into law. Whereas the court date for the enforcement of such

anticipated laws will be effective.  The exact targeted actions, scenarios, are made in anticipation of those court dates. And, the DoD manual 5240.1 of 1982

was all the justification many of them needed after the RICO Act was passed.

Cyber and electronic surveillance Laws– USCA 50 are also tied to Patriot Act, Freedom Act, FISA 1978 and FISA in its revisions among other acts and laws such as:

This is not legal advice. .