Put yams pieces in an oiled pie tin, add slivers of lime mixed in. Squeeze 1/2 lime 1tsp lime juice into mashed turnips. Scoop the remaining lime pulp from the 1/2 lime & mix it in the diced yams. (Add 1-2 tbsp maple syrup for a glaze if desired when yams are near done or cooking for starchy carb eaters.)

Put the pie tin in the oven & bake/broil yams till lime peels are still crispy.
Pull the lime peels from the dish and scrape remaining lime pulp into the yams. Mix in 1/2 -1tsp mesquite spice.

Add the mashed turnips to a small quart sized casserole dish & top with the hollowed out lime. Remove both dishes from broiler oven when lime turns brown.

Stir in 1tsp Chipotle Tabasco to the yams. (Cholula)
Serve.

The VEGAN IDEAL (group)
I want to start a new group or project dedicated to the following.

Promotes:
Practices that advance a compassionate supply chain based on vegan ideological principals.
Understands the collateral damage involved to promote vegan lifestyles with respect to the suffering of creatures and humans.

What is traditional use of human hygiene, nutrition, and living standards may no longer be sustainable. This includes the shipping of foods from different locals over long distances that the average human could not travel independently within a reasonable time frame. Ie. Daily travel by foot and food sources.

Identity disassociation from being Japanese

Back in NY. Realizing that Even the people I talk to consider saying "they" in reference to Japanese, while I'm present.
I've had to handle this behavior for alot of my life inside the United States. And, as a Japanese American Nisei, I have tried to participate and disassociate from my Japanese ethnicity, heritage, and

Realizing that I'm vegan when I order tofu outside Japanese and Asian restraunts. To them I'm not Japanese at all, I'm one of them by disassociating from being born a dual national to Japan & the United States.

And the typical jesting at me when I point it out, is their normal protocol for handling it.

Unlike Japanese-American areas, I can't just be myself. There is no dialogue for it here.

Inelegant American drinking culture about how they take advantage of women like me by serving huge amounts of alcohol and make it less socially acceptable not to participate.

I'm writing my next sentence to help give my reader a hint at the perspective I'm writing with;-
I'm Nisei, 1st generation Japanese-American in 2018.

It's not just my perspective.
In the USA it is also my "race".
Corporate America calls it my "ethnicity" or more rudely that I'm an "ethnic".
My friends, many who are predominantly Caucasian & study "not culturally appropriate" arts to their background, say I'm wrong for my perspective or I think the wrong way.
Canada, is one of the only nations who have come forth to make a statement about practicing culturally appropriate arts and making money.
So, the United States still remains in the insulting range.

They say instead that Asia & Japan should adopt their way of thinking to the advantage of Globalists:- be mistreated, taken advantage of, and generally pushed aside and forgotten people of our cultural heritage(s).
To me, it still doesn't matter.
My DNA is too diverse as a Eurasian.
Japan is far removed due to the social stigma of the USA globalist culture that bludgeoned me since birth & throughout 4 decades going on five.
The economic damages I survived were tremendous.
Yet those of the last decade impacted my ability to be "successful" in the business sense due to extra enormous devastation in Japan from 2011 Tsunami & major infrastructure damage from quakes, typhoons, landslides, and flooding. 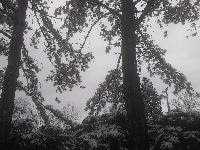 An app im thinking to develop

Requirements for the scrapbook & vacation & budget app.
Selfies with friends at an establishment/store or activity at start.
Pics of food & beverage or having service performed (ie massage, facial, )
Rate the experience #stars or shakas,
Pics of entertainment.
Pics of purchases for souvenirs.

Allow other app users to view what vacation days other tourists experienced;-
Enable the app user to:
1. pay ahead to businesses & make reservations.
2. Enter/Show their vacation budget, do comparison shopping, and dietary requirements or restrictions.
3. Track most popular goods/souvenirs for tourists & stock better.
4. Include in app translation/ pronunciation service for select languages for destination names.

Make ride share easier to use.
Tie in maps directions if possible.
Make tracking tourists easier & have expected ETA at planned destinations.
Allow local resident freelance guides & photographers to advertise easily for personal tours & to have their expenses or gifts covered by the tourists in app.

I have to be thankful for the Hawaiians, especially Da Hui & some kamaaina, even if I don't agree 💯. They know the water culture & the sea inhabitants best. They also are lifeguards. They set the playing field fair enough for everyone's safety.
Surfboards are dangerous in the strong currents of Oahu. What I saw & experienced at the North Shore is that the Pro & local surfers are fair. Tourists & dreamers avoiding serious mainland responsibility aren't fair. Hawaii is Asia Pacific crossroad to the "freedom" the USA offers. That's a new concept to Chinese tourists & others who don't live in democracies. However, for USA demographic that focuses on dragging Asia- Pacific minorities into financial destitute;-  Oahu, and Hawaii State needs a system for local businesses and kamaaina freelancers to get paid. Too many tourists, foreign & US Domestic residents do charge backs on their vacations, services & food, once they leave. It's created a poverty and level of crime, violence in Hawaii that State residents cannot afford. I think that's the state's responsibility. The overall attitude of those people & the large banks is that their credit card users don't need to pay, and many locals are thiefs. Hawaii State could easily set up an app & vacation log that tracks tourists' vacations & itemizes each purchase, service, meal, and activity. They should have to verify & clear every item before leaving the island. Or, the easy way out is to make tourists purchase Hawaii dollars printed money & have a debit load system to a card, making them exchange money for local Hawaii money that stores & services accept. It would help reduce crime local businesses endure and also create leftover investment for keiki or other needs of the local community. It's wouldn't be easy, however reduce the rip-off rate by those tourists which adds up to impact local business owners in a bad way.

Chrysanthemums in Asia are important symbols

For those new to Asia:
Kikuchi as kiku-chi is a beautiful Ancient Asian name that means Chrysanthemum land 菊地 or Chrysanthemum pond 菊池 . The former being less common than the latter.
There are many kanji,  Chinese Asian alphabet, where Asian writings have a different meaning. Chrysanthemums are common imperial imagery in Japan & China. Phonetically Kikuchi sounds similar, though Europeans & Americans do not pronounce things correctly. So they think we are all related, which is not the case ;-
Some are
kiku = 菊chrysanthemum
Chi =池  pond kanji
Chi = 地 land kanji
Chi in both cases have similar looking kanji. However the radical for land looks like a cross. The radical for pond is three horizontal lines instead of the vertical lines for river. Each radical is placed next to the symbol for Earth that resembles a plow.
It also designated land warriors vs. water warriors in the old imperial security houses, before modernization.

Though Kikuchi 気 口 as in Ki-kuchi
Ki= 気 spirit
Kuchi = 口mouth or opening
As one way Europeans & Americans  intend to defile the ancient Buddhist or Imperial family lineage. Many Americans defile my heritage by using saying Ki-kuchi as a request for prostitution services also USA eng. Slang "Kuchi" means or Pussy/ Vagina or suck dick.

Trade agreements have been on fire in the USA public media from 2010-2018. However, from my Japanese-USA & EX-IM (export-import) politic perspective;- it was not about the details of deals & IP with most corporations.
The crux of the trade agreement was a Security & Counter-terrorism portion to be equipped and adept in ensuring the real lives of human beings who are relied upon in EX-IM. The agreement roughly appears it can evolve to include the use of citizen AI or avatar on multiple levels.

The USA should be obligated to provide security for it's EX-IM partners lives that:
1. are and can be clandestine targets intertwined with politics for use of trade routes.

From my understanding;- this portion of Counter-terrorism security measures wasn't solely based on guaranteeing the lives of customs brokers, shippers & forwarders. It also includes;-
1. political families & their children
2. Extended family relations involved (as many large EX-IM families in Asia are over 400 people who live through various regions any nation.)

3. And such as my own immediate family*, where EX-IM Responsibility skips a generation and transfers to a different nation.
That the USA would be obligated to provide security to those of us whose lives are reliant upon EX-IM politics & deals between regions of any nations involved.
--
*Ie., my immediate family; Despite my father's choice not to pursue any opportunity after he allegedly did extensive recon for the USA along the entire Eastern border of Asia.
--

However, USA has not put an end to their domestic terrorists attacking Asian Assets. Or, agents of other nations not in the same trade Agreements taking diplomatic action as active gummy thrust o rings.

And, in cases like mine of constant and direct face to face death threats since birth in the USA. I received them from from the Bush-Cheney's Cabal thug following PA/FL, Clinton Boys/ NY Underground, and others in DOE, DOD, & US Military who choose to follow agendas rather than bi-partisan politics.

The counter-terrorism portion needs to be equal for all EX-IM parties involved and within the USA domestic boundaries. Other nations with different currency to leverage are requesting USA domestic security be actively provided by the USA as a form of global diplomacy in securing the supply chain.

However,  choose to follow agendas rather than bi-partisan politics.
So the counter-terrorism portion needs to be equal for all parties involved and within the USA domestic boundaries.