By angela m kneale...June/2017
this is a draft, I will revise it.
Most people in Hawaii don't want to hear that one of their mma heros or a best combat trainer is at fault for anything. They relish in their pimps and underground economy that used to show a more bountiful turnout in the night scene. Obviously things have changed drastically for the many who are more "innocent" or "naive" to the economy.

Some of us expect a more mature audience or club atmosphere to enter. The truth of the matter is that it is anything but that. They are worse than the enlisted ranks in conduct and ability to demonstrate a total disregaurd for people who assist in the USA economy. Like children making an extended Christmas list of everything ever created, they ogle wallets, family funds, and +
I'm happy that in the lengthy 7 year battle I've had from those in Hawaii, at least a few changes have been made.
1. Ban of human trafficking
2. Homeless shelters and amenities
Its sad to me in Retrospect. I wonder how long those basic human rights will last with the decreasing economy. Its also sad that the local population put that as an enormous personal tax on women travellers to the islands.

Acquaintences ask me stupid questions like;- can u give me a ride or will you be our DD for the night. The corporate attorney is flat out telling me I need to reduce any and all liability. Meanwhile the people I spend my fun time with have created a socially awkward and ever growing social chasm over the fact that I said NO I won't and "am not allowed" to drive for them.  Its not really their business to know that some family connected business people who happen to be attorneys and USA gov. Have steered me away from TYPICAL social behaviors in order to ensure I make it to the finish line at the end of the qualifying race.
Then toss in the meat headed mma trainer alleged possible secret service who took my exotic dancer money over a period of 2 years.  Someone should have stepped in immediately and explained that the entire environment and his actions were not appropriate. Yet he created a significant issue since the special ops crowd has lost loyalty to peace among nations and is a band of gun running thugs who threaten lives of the public at large businesses with their kill rates and tactics.
I want to go to a restaurant with some Japanese business friends of the family. The size net value of  of their company isn't even half the millions of a small cap start up. They complain that I cant join them at a certain Japanese sushi place when they know full well and the chef knows full well that I have a potentially deadly shellfish allergy. My Japanese family understands the restaurant xhwf doesn't want the liability of me, and especially me being hospitalized. The Japanese family friend who has clout in the small community throws a tantrum and adds to the business chasm. Ever proving to me that the competence level in the local business community leaders is Extremely Low and lacking in social skills.
Like an apprentice in the late 90's, I met and learned from handful of hugely successful USA  entrepreneurs whose company worth ran into the billions. So even in that privy environment, shellfish allergies was actually a common denominator. But for the rest of everyone, they had to be extra vitally understanding and adjust to be accommodating.
I have given my life to this cause of some hopeful ending between the USA & Japan post Hiroshima. But, it seems most Americans of all backgrounds are hateful of the EX-IM sensitivity my life has held.
I literally have a family whose sturdy international connections abroad spanned nearly all continents. The USA folks even and especially in Oahu can't refrain from being a damaging factor.
Its not like I've gone about "advertising" this role on my resume to Oahu's hodgepodge of service industry jobs either.
I can't break the law to make ends meet, yet am put to the task in an industry where it is a mandatory requirement in order to make sufficient money for basic needs. Then, the additional scrutiny and hatred and jealously that goes hand in hand with the environment automatically.
They, the men and military bodies, only give real support to the Super soldiers and pump who made my life more of a living nightmare for the past 7 years than I needed. And, no apology could be big enough to even remotely make up for the international am damage it has created.
I really don't see how I'm going to make it past this 4th of July holiday intact. I just don't see it.
The people in Hawaii in the shipping industry who I've met don't have any idea how serious my role was. They don't understand that I am not compensated by anyone. That I'm supposed to work on behalf of "secret" USA goals that haven't been made public for some decades. They don't understand that the legal stipulations have been tremendously crippling by all practical and standard ways of USA success.
That being said I can only compare to stories of those who attended pre-med and sold illegal narcotics to pay down their debts and afford schooling. Those who sold then more illegal marijuana and drugs to fund raise start up funds. All never needing to worry about being put to any lie detector test.
The American USA public has NO personal investment in export import initiatives, yet they sharply criticize and contort political and family relationships of those who are required to participate.
It left me, in Hawaii for a vacation, completely vulnerable to people who could not live within their means in the first place attaching themselves to others who had to maintain security clearances.
Those people and their immediate and or extended family who have normal stable domestic USA jobs are socially and politically assigned a more important role than the EXIM political Expeditor or liaison outside of a military structure. At least it has transpired this way 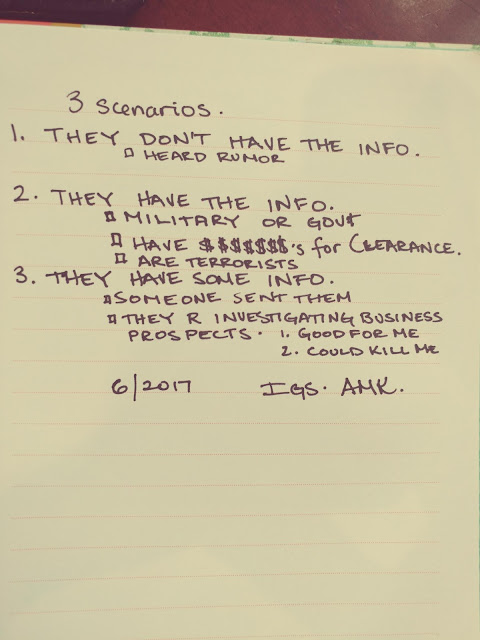