Hawaii Night Club scene becoming increasingly unsafe
The notorious Hawaii Syndicate and any related US military and US Military veterans are rampantly pushing cocaine in the open with Honolulu Liquor Commission seeming to turn a blind eye to any illegal activities as well as  and drug sales in their nightclubs.
It has become unbearable to even attempt being in the Honolulu night scene for me. It's almost like it's a horribly flagrant  backlash to the Phillipine Dictator Duarte's executions of drug dealers.
One nighttime patron, stated an EX-IM shipping accountant recounted the vast amounts of cocaine that the Dock workers/ Hawaii Syndicate bring in through Honolulu. Additionally, how that despite some bender partying, that drug tests for Shipping & EX-IM conveniently came up negative when tested for the drug during regular employee screenings.
Additionally noted is the US military personnel have bragging rights to pay off the drug-test labs in exchange for a clean drug-test in order to maintain rank, security clearance, and employment.
Granted, the night clubs have not shut down as they are maintained as "helping people in need" from all walks of life.
One anonomous person who is more familiar said;- Once the Hawaii Syndicate hates you, you won't be able to work or drink anywhere in Hawaii.

The Americans are infatuated with the trivial monetary cost of Asian cultures. And, they hype as well as rave about those areas where they have spent time. To them, there is value in setting an American flag in their birthing in foreign lands, largely despite nationality laws, as a further American Spiritual war on the world.
Today is The Christian Christmas Eve as I sit alone in Hawaii. I'm reflecting on the losses that I have incurred and on the sanctity of thought the infinite timeline gives me in knowing at some point in time, I became stateless with my Sakah genetics mixed with many Asian genetics. I always treated myself in the way that my DNA is a frequency modulator where I feel more in tune with others along my self contained person.
Most Americans and their foreign contingents like to make a spectacle of their visual imagination and "race" impressions while making light of me as an individual. Very few Americans care to even engage me at a reasonable friendship level of conversation before delving into stereo types that their large egos need to have compliance with,- compliance from numb parties nearby.
So today, I further deepened my understanding of my role to my family and related DNA this life time.
I have a deeper appreciation of Asia, and Sakah-muni Buddha a genetically possible distant ancestry to my existance.
I also understand:
the volitility of the United States public and mass opinion.
The carefully threaded sound/homonym type associations that splatter through USA media culture.
How, the French impressionists Dada movement distorted the visual mass medium. Distorted it conciously so that modern race and human political issues can be admonished to a space for multiple realities rather than the actuality of the present plane.
How volatile adding information to an entire nation of Christians who like to believe a NaZi fantasy version of Jesus their savior, whose God is infinitely forgiving of all misdeeds.
How, US Americans who came from slavery mindsets, immigrant mindsets,&  lackadaisical White privledge only serves them to gain footing collectively of accessible mindsets for waging mental wars abroad and to bend the socio-economic game play interaction between nations.
It's difficult for me to believe that I am alone today. That I have humbled myself so much with the brutal US American and Hawaiian attitudes that want to own Asia.
Yesterday I really thought about Buddha. How communist workers were used in China to make a toxic industry that supports the "American beer gut Buddha  who quells about owning the Asian spirit of a warrior deep within them. How Asia doesn't deserve to exist except as servants places well beneath their African-American counterparts. This mind reel that has come to my mental forefront only angers me.
To be edited...fresh from the heart💔:this Sakah mix Asia Buddha protector with tears flowing freely.
Posted by Angela 菊地 Kneale at 12/24/2016 07:04:00 PM

Hawaii through the door

The white dude, with the wisp of grey and the bomemiatic preference of a red and white flowered aloha shirt. He walked in with other sailing apparel accompanied by the staunchest of skinny white vegan conservatoires....a raw vegan restaurant!
Posted by Angela 菊地 Kneale at 12/21/2016 09:11:00 PM 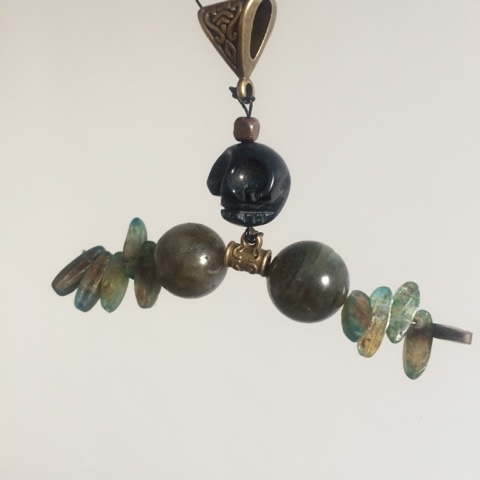 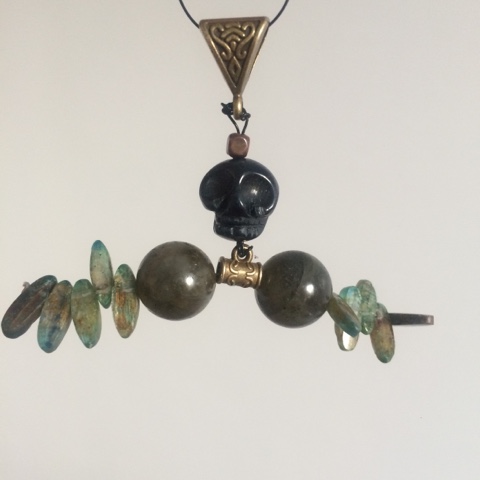 My personal hero, who took me to Philly lunch many weekends, Pearl Harbor Survivor remembered. 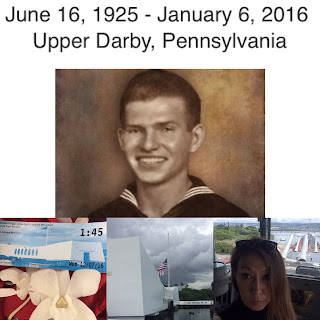 Yesterday, I made the trip to visit Pearl Harbor's Arizona Memorial and the USS Missouri.  I went, for my late "American Grandpa", who is my father's uncle. Since I am over 10 years younger than all of my cousins, I was like an only child on the weekends with him, his brother, mom, sister, and my the other hateful aunts that he instructed to "try to be nice to her" for as long as I could remember. Uncle Eddie, told me about that day at Pearl Harbor and his duty on the USS Langley gunner that avoided getting hit that day. And that he could only return to clean up while referring me to the framed full crew photograph on the wall of his Upper Darby home. So, yesterday December 7, 2016, I scattered the rose petals and yellow mums at the Arizona Memorial, heartfelt.

Despite Uncle Eddie being a gunner, having only two silver stars from Iwo Jima and the aftermath of Pearl Harbor. My mom, fearing for my life, let me go to lunch with him & to the candy shop. It was a regular weekend at great-grand mom's to hear the fight that he'd been through too much and should stay away from me (offensive names withheld).  Instead, he argued that he'd done the fighting so he could do what he wanted to do. My mom, being Japanese, was someone Uncle Eddie visited with and they would talk in our living room many Sundays. Later 2009, before I came to Hawaii;- he dropped off his Langley mission cards for me to check out. He also was the biggest motivating piano teacher in hindsight, since he "brought me up" not naive about my musical studies and shared his love of music with me.

Yesterday, I didn't know what to say to the living treasured Pearl Harbor Survivors. I remember Uncle Eddie telling me that, "Yeah they want me to come out there, but I don't, nah, dont wanna make the trip." It was like an indicator that he was always pressing to be forward thinking. I remember days he'd show up at the house from cleaning up 9-11 with the FDR hat on. He lived a life of service to the USA, even though he parted from the US Navy so long ago. I always was in awe of him and his inner strength.

I, being born a dual national of Japan and USA,  rarely received a gift of any kind (no graduation cards either) from my father's family members since they would fight and bicker  and cause headaches for Uncle Eddie because they hate me, even as a 6yr old. So I always felt that his time was more precious to me and my late brother. He'd give me a few bucks here and there where he could sneak it in and tell me to hang onto it. That, at this level, it was more individual healing and learning for past events as our interpersonal way of making amends.
I hope, that there are more of us who choose to honor our fallen appropriately (like Uncle Eddie did every weekend). And, that we can move forward to make peace. 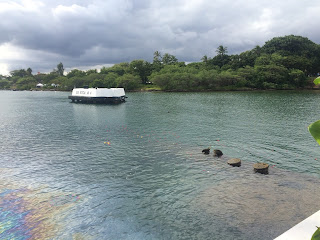 On December 7, 2016
I stopped by a local florist who gave rose petals and the mus to me for my visit. I am grateful for her kindness. The Arizona Memorial ticket was free. I did make some small purchases for momentos of the day since it has always been a family weekend topic in the USA. The box of Cracker Jacks I ate at the USS Missouri was the only one I saw, but it was expired by a couple weeks. Thanks to da Braddah for kamaaina water. 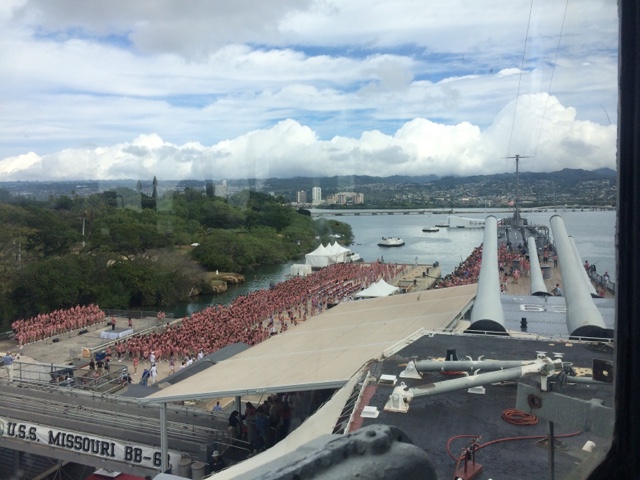 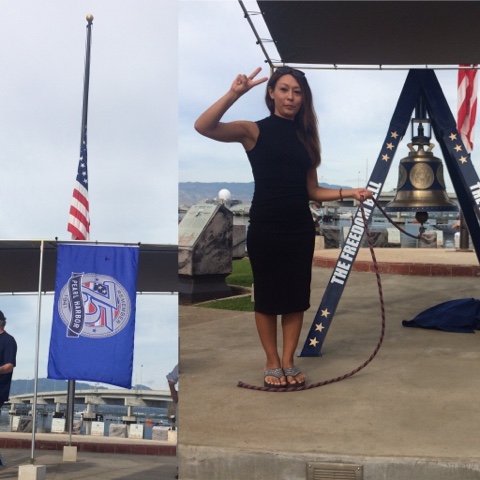 Last time I was here on my Great Uncle's Funeral day...plus photo of my return to Japan & this morning Pearl Harbor flowers for my personal trip to Arizona 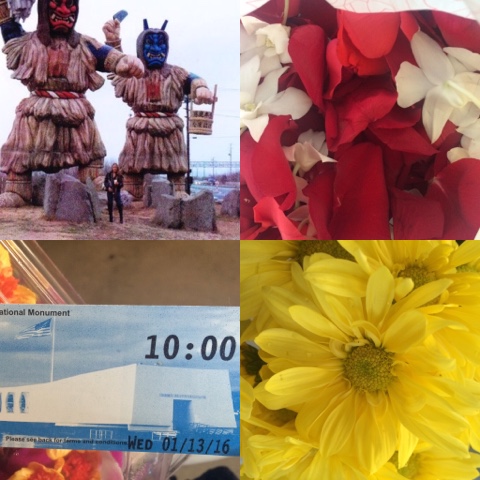 Feng Shui in a Christian world, came up during my I visit to a local Honolulu Feng Shui Master's shop today. The Master mentioned something about bringing Feng Shui to the USA. I had inquired about the religion link to differnt Feng Shui practices and Schools.
In short, I boiled my experience of Christian Mindset on the East Coast to:

This is quite different than having a Loving heart and Compassionate intents. As a 1st generation USA & Japanese citizen I learned cross culturally that Most American Christians don't translate Love and Compassion to anything they perceptibly interpret as not having "pure Christian origins."

The version of Christianity I was exposed to was inundated with an unsatiable vengance from Americans who hate Asia. Also, coupled with an infinate amount of Godly forgiveness for every destructive action the Christians take.

So, again, it seems that some things are ineffible & perpetually dumbfounding to me.