Some things I've found by wearing different "sacred" amulets and pendants is that the knowledge that most Americans or other people actually have is low.
I'm just adding this confirmation bias experience since I've noticed people's reactions. I change my pendants depending on meditations I've experienced.  And, that Caucasian people on the Earth have attempted to attach negative attributed to Buddhist symbology. This is a security topic for the Japan Olympics especially.
Double Dorje/Dorche (Buddhist) vs. Iron Nazi Cross
For about 6 months in Honolulu, I wore a double dorje/dorche  that I purchased at a Tibetan store in Honolulu. There were some and very few Buddhists who commented on the pendant, 2-3 people who knew what it is and only 1 person who said, "Buddhist monks wear those." Most particulary Caucasian Americans who decided to comment on the pendant either said, "I like that." or more frequently about 95% asked, "Is that an Iron Cross? in reference to Nazi Germany." The other thing was that foreigners tended to ignore commenting on it, even Buddhist monks who saw me wearing it.

The interesting thing about wearing the Double Dorche, which is a Buddhist representation of a weapon to destroy evil in all directions;- this amulet was that it was the only one people did not grab while around my neck. The other amulets I wore were frequently grabbed by people before any conversation was made.

I started wearing the Cartouche with some chosen Heiroglyphics I liked on the back.
Since I received it, only 2 people have volunteered knowledge that they know it's a cartouche. And, those two people also seemed to have great admiration for the Ancient Egyptian culture. Both knew the Dog god Annubis. Everyone else asks what it is, and it seems less "likeable" on the Island.

The Star of David vs. Enochian Holy Table
Even the Israelis didn't quite know what this was. And, they were the most guilty of being a total stranger to me and grabbing the pendant.
It seems most people on the Island of Oahu like this amulet, I wore it for longer than 6 months. The Israelis recognize the Star from their Israeli flag.
Others just assumed that I am Jewish for wearing the star.
I also attended 3 days of Comicon, due to Deadpool Creator & Stan Lee, in Honolulu with the Holy Table on. The one day I dressed conservative. Another day I wore something more generic with a Femme Fatale shirt on, a olive drab short beach skort from a transient friend,  with red tights & tall wedges. I listened to a second day of Deadpool's creator speaking. That day, people stopping me and asking me "who/character" I am and lots of grabbing at the pendant. One last day, I wore it with a Spiderman T-shirt on. Though more concerned with getting to hear Stan Lee speak. 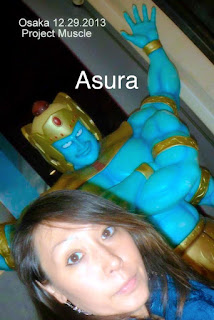