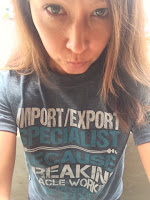 The Old Hawaii needs to grow up into the Western world. The local born crowd revels in the decadent trades and human trafficking as a secondary source of income. It is also way they can import and export terrorism to promote the old idea that Hawaii is not a part of the United States. That is in addition to their sale of children to foreign countries, kids who run off to the mainland with pimps, & women forced into the sex trade where there is a continual massive slippery slope of blackmail.
Those in the human labor "industry" sometimes gain outside financial support from undefined Muslim business interests. While the same women are prostitutes for the US military that resides in Hawaii, the local law enforcement virtually gives them free reign by having a blind eye to these trafficked workers to physically attack other women and families. Maybe in comparison to mainland USA, there should be a wider definition of prostitution. I have heard stories from Bar owners who have received fines for their Hostesses being engaged in prostitution. This was frequently due to undercover officers propositioning women in their establishments for prostitution. The frequency of men propositioning women for prostitution or sex in any Hawaii public location is very high. It is unlike the Mainland USA where prostitution

The maturity of both military and non-military officers and housewives who participate in the Hawaii and Transient Vegas sex worker industry is a gateway for human trafficking to remain enabled in the Hawaiian islands.
I feel redundant saying this and personally feel it may make some matters worse. if Hawaii state and City of Honolulu were to shut down most exotic dancer clubs and hostess bars;- it would put an immediate end to the above ground use and crimes against dancers and other women who prostitute out of the hostess clubs.
From my personal experience, corrupt law enforcement is able to take money from women in the industry and use it directly against the women's domestic violence support attorneys and social workers.
It is self defeating for Hawaii to keep so many hostess bars open, since most of the same women are in circulation and supposedly own homes elsewhere in the United States, take up to 10k to foreign countries they are from, or are trying to pay legal or hospital bills from Domestic Violence issues and stalkers and having to move off island.
Posted by Angela 菊地 Kneale at 7/31/2016 07:00:00 PM