Another intimidation note someone left in my car

" A Japanese Representative informed me the mat Honolulu police are known for assaulting, stalking, and intimidating normal Japanese women. A Samoan tracker singles out Japanese women and tracks their phone movement."
Along with the onslaught of people who approached me last week;- someone seems to have broken into my car,-- AGAIN-- in past 2days, and left this pen from one of Honolulu's well know criminal defense attorney offices. I've heard they pay the prosecutor off to call a burner number instead of whoever is to testify against their client(s). 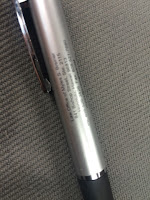 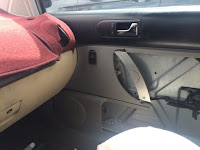 Take for example:- my car glovebox replaced with used unmatchable one (appx$300) and broken doorpanel (over $700 to replace used).The intrusions and destruction of my car are unacceptable. Costing me money continuously. HPD cars were on the street when I discovered the passenger side ripped apart near diamond head in waikiki.  The past month someone stole fuses out of fuse box and switched remainder, also the key lock spins in circles as the breakins were probably from a knife or screwdriver jammed in door lock. I'm not allowed to have a new car for same reasons of financial damage and intimidation by Hawaii terrorists or activists. Someone suggested on a positive note;- maybe they were checking for a bomb someone left for me.
I've learned not to ask HPD for assistance as one Tongan, Honolulu Police Department cop grabbed me by the back of the neck off duty and threatened to kill me. A Japanese Representative informed me the mat Honolulu police are known for assaulting, stalking, and intimidating normal Japanese women. No help here in Hawaii State.
Posted by Angela 菊地 Kneale at 4/24/2016 03:44:00 PM