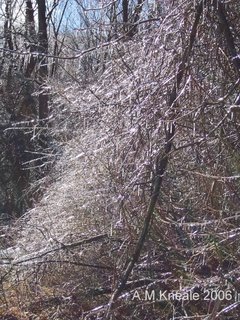 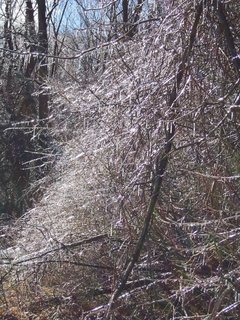 I’m sitting at the Crossroads Bakery and drinking a cup of Rishi’s Lime Rooibos tea while looking through a copy of Creating Community. I heard some of the passing customers talking about their reiki experiences, and self-reflecting as bi-racial person, that “reiki is fakie” (a comment made by my mother who emigrated from Japan in the late 1960's.) This isn’t to discount the credibility of other holistic healing methods. And, what works for one doesn’t work for all, which is why the world is so multi-faceted. Every culture has their scams; every mind has its selling points.

How are people to see beyond their differences? When someone is born into the world they don’t have a clue as to the system or the rules. People do not immediately punish the child for not understanding the ways of their newly adopted culture. It takes many years of understanding and experiences to form a person’s perception. It’s amazing here in the U.S. that there are so many distorted perceptions of different Asian cultures and why things are the way they are. Is it really about mindset and people and traditions?

A child who is raised in 2 different cultures is subject to a rainbow of stereotypes and prejudices, more so than; positive compliments and support. It doesn’t seem to matter what social network people do belong to. Each individual’s level of tolerance is tempered to the amount of ill experiences they receive. This is to the point where those experiences become “normal”. Over many decades the people in the United States have not had to wake up to the simple sentences that they say that are so offensive. Someone who makes ill racial comments or extremely inaccurate statements easily call me insulting when I try to defend my person or part of my culture. From their point of view I am still some sort of strange visitor who has no understanding of anything.

I’m haafu; a person who is half Japanese descent. I was raised and lived in the USA for the majority of my life. No matter where I go, or what I do… people treat me like I’m just some oddity to look at. Like somehow I’ll survive without any caring, kind compliments, positive treatment, and basic respect. From my point of view, living here in the US has been way too expensive. It’s cost me more than anything that the good old’ US dollar can buy to try and preserve some decent and good memories of my family. My life has been stripped of many positive family interactions due to the blatantly racist environment around me.

There is no replacement for everything, all the wholesome positive family interactions that I lost by being born here. Nor, is there anything that I can ask for to have it replaced.
I lost knowing my older sister. I lost having my younger brother with me through life. Even my Undergrad Alma Mater called me 6 years later to say that they have made improvements to the multicultural understanding, but did not have any means for me then. My closest friend, who is also bi-racial, in college and I stuck together for the first years of college. Even the Asian-American society ridiculed me for not having 2 parents of Asian descent. They felt justified in their comments that, “I wasn’t Asian enough” despite sharing commonalities of being raised in the U.S.A. And, my friends who are Caucasian really didn’t care enough to ask me about Japan; they found it interesting, but would more quickly assume that their own understanding of Japan is more valid than any actual account of Japan. A country that they had not even visited. So I suppose that I should find some way to find a way to give thanks to them for being my friends and opening my mind to how absolutely insulting this country called the USA is.

I am a small drop of water in the sea of humanity. And, there is and should be room for improvement with the overall mindset of people in communities. People should not take such offense or shudder if they are introduced to someone like me who has a multi- cultural background. When they are speaking to me, in part, I am the physical embodiment of many different cultures and 2 distinct races. For me to take a side is to disrespect half of myself. That is something I am unable to do. So, I sit on the bleachers until suitable team members present themselves. I want to be where I am not immediately negated for my being, for my viewpoints, and for the fabric of my soul that has intertwined West and East in me. How I present things and define myself is sometimes simply for convenience of explanation in their terms. Too many people refuse to listen if I do otherwise, and explain the intricacies of my inherited Japanese culture.
Posted by Angela 菊地 Kneale at 3/01/2006 08:05:00 AM No comments: Links to this post